Josh Weller ‘Age Against The Machine’ 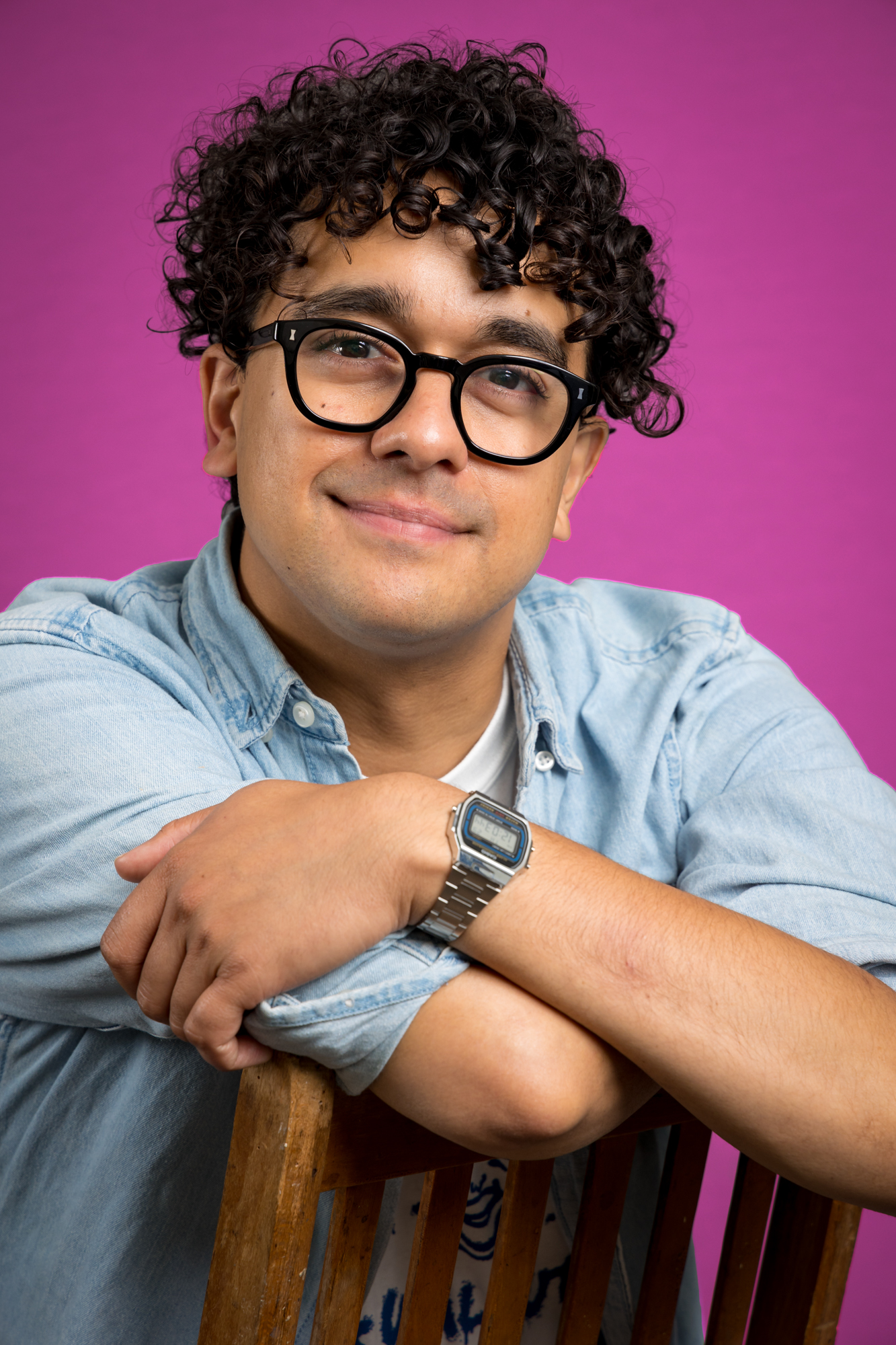 Josh Weller ‘Age Against The Machine’

As seen on this season’s ITV Stand Up Sketch Show Josh Weller is a failed musician turned comedian, comic book author and podcast host. He was born in England, raised in Malaysia and now lives in London.

A writer on Spitting Image, Weller’s high energy brand of cleverly self-deprecating stand-up landed him on pro bills after just one year on the circuit. In addition to his live comedy work, Josh has developed a loyal fanbase for his viral musical videos and online content, with views in the millions which includes mockumentaries, sketches, professional trolling, animated stand-up comedy shorts, character work, and more. His 2020 mockumentary ‘The U2 Taken Paradox’ has had over a million views and angered legions of loyal U2 fans.

He currently writes on Spitting Image and has written for The Now Show and Radio 4’s Peer Group, and the jokes on McFly’s guitar plectrums on their 2021 arena tour.

His dark comedy graphic novel ‘Die Already’ was published by CollegeHumor in 2019. In 2020, he was included in Twitter’s Valentine’s and Valentine’s Campaign, featured globally on billboards.

Josh is also a successful broadcaster and presenter, having hosted and produced the popular Excitable Boy podcast (#6 on the iTunes Comedy chart, #13 on the worldwide iTunes chart), as well as the official Hard Rock Café podcast and the Vans Warped Tour podcast. Prior to comedy Weller was signed with Universal Records as a teenager, he went on to tour the world as both a solo artist and the lead singer of popular punk act The Kenneths. He has performed on the Vans Warped Tour and toured with The Offspring, The Descendents, Anti-Flag and Juliette Lewis, has drummed for Ray Davies at the Royal Variety Performance, released a Christmas single with Paloma Faith and has toured with Mumford & Sons, The Maccabees, and more. Black Flag’s Bill Stevenson produced his records.

Age Against The Machine –

Age Against Machine is the story of Weller’s failed music career, from his bad songs to his tours to empty rooms. A twelve year long journey to nothing, with all the behind the scenes gossip and music industry craziness.

An analysis of failure, getting older, a dream of fame, and what happens when you chase your dreams and fail.

‘I love his act and the way he does his videos’ – Neal Brennan, creator of The Chappelle Show

‘He’s so funny. I want to keep replying, saying ‘Ha Ha’ because everything he says is so funny, but I don’t want him to think I am weird.’ – Ellie Goulding

‘A man of many talents’ – Rock Sound 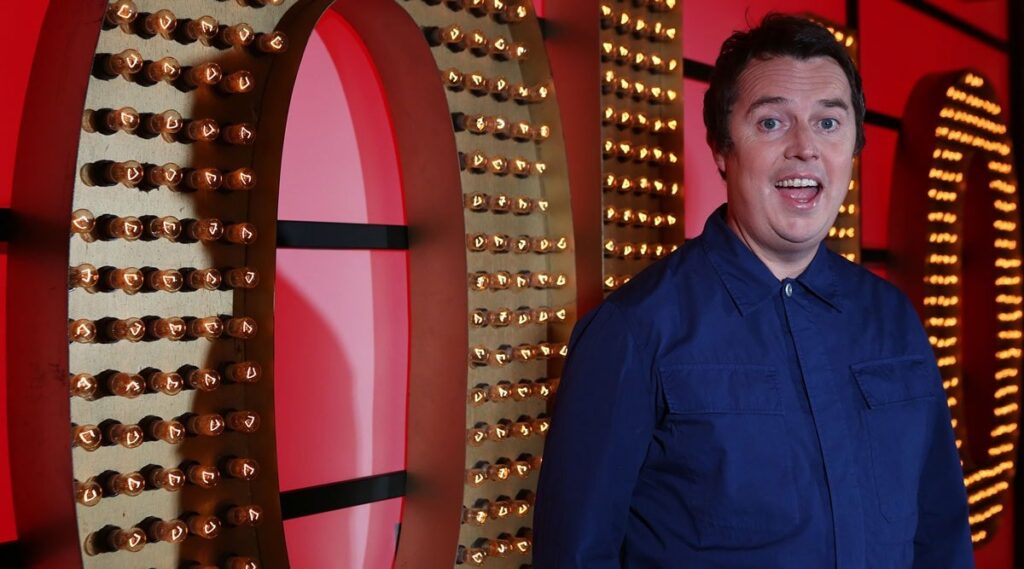 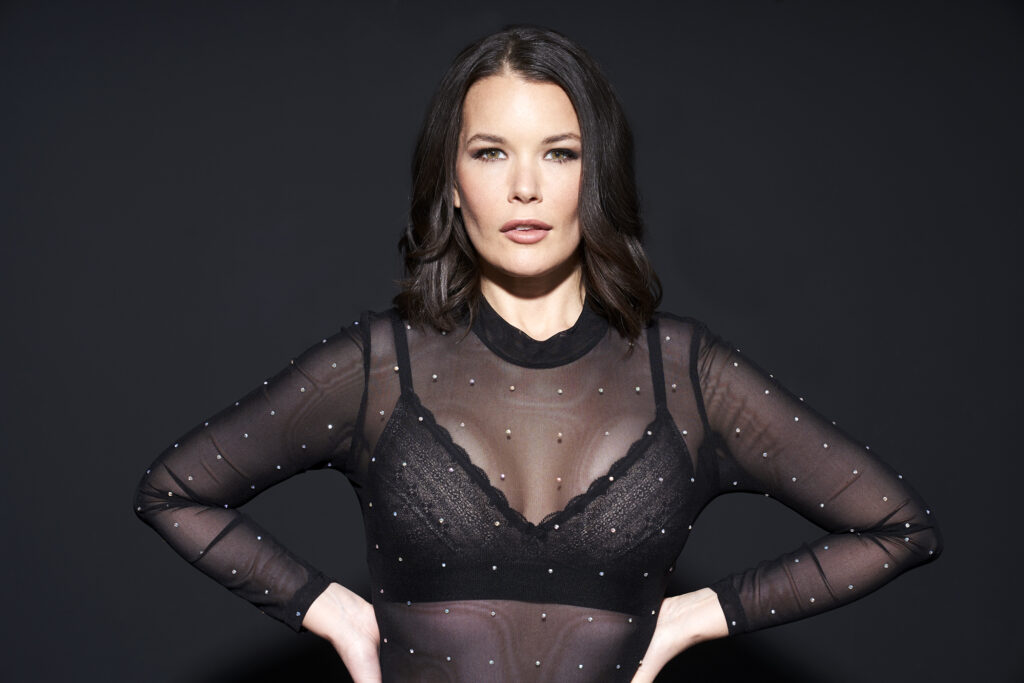 MICHELLE SHAUGHNESSY “BE YOUR OWN DADDY” 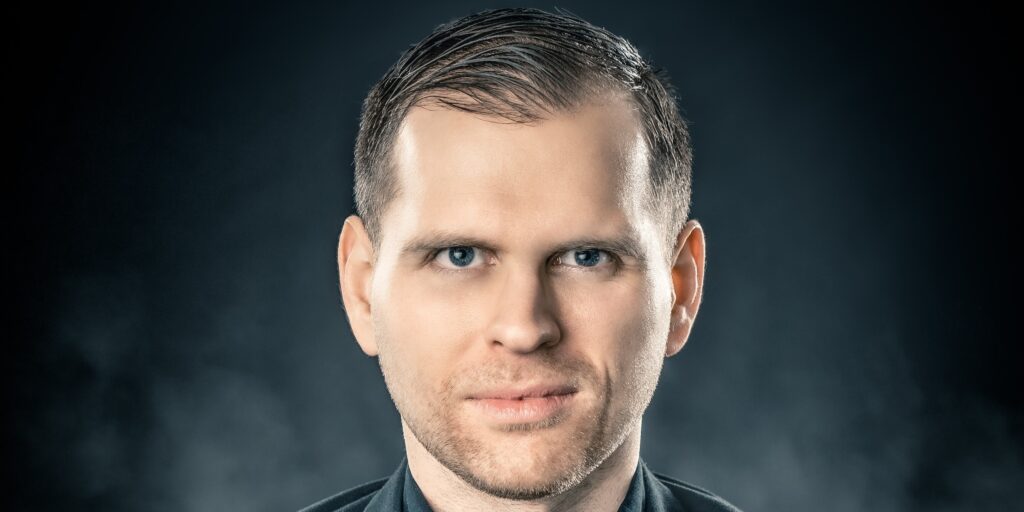 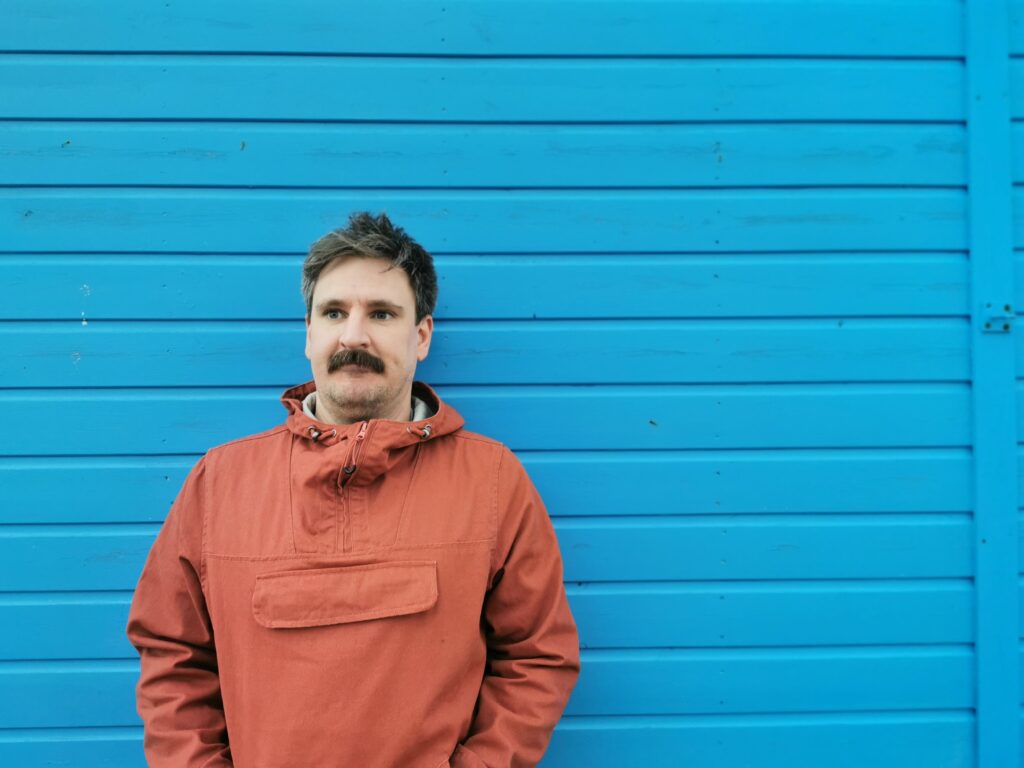 Ali Brice “I Tried To Be Funny, But You Weren’t Looking” 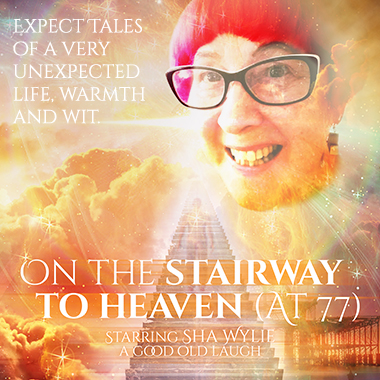 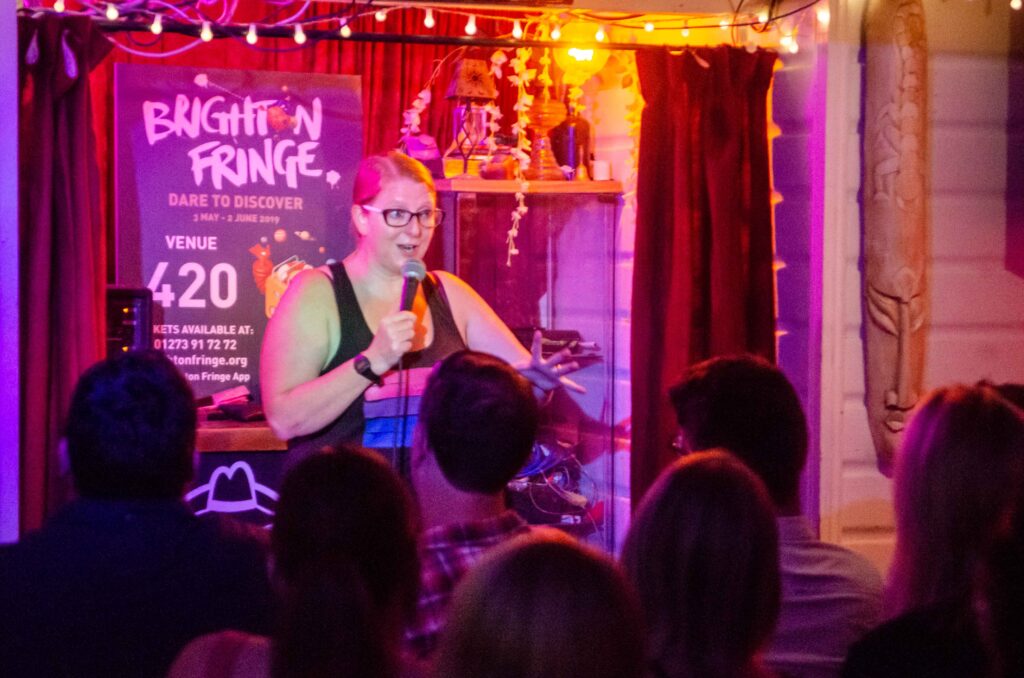 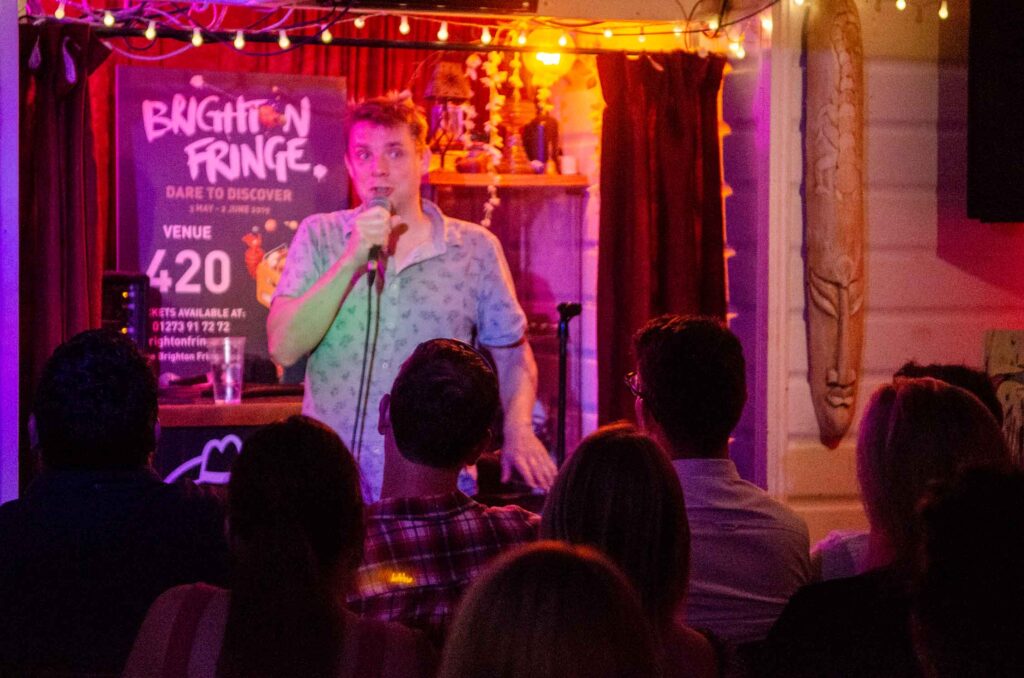 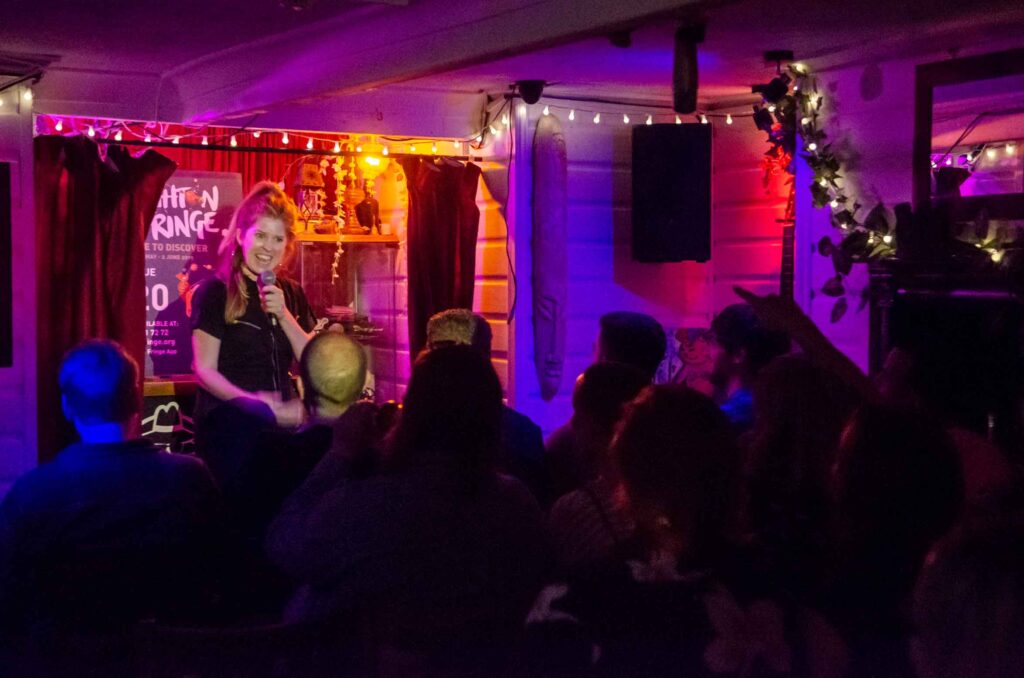 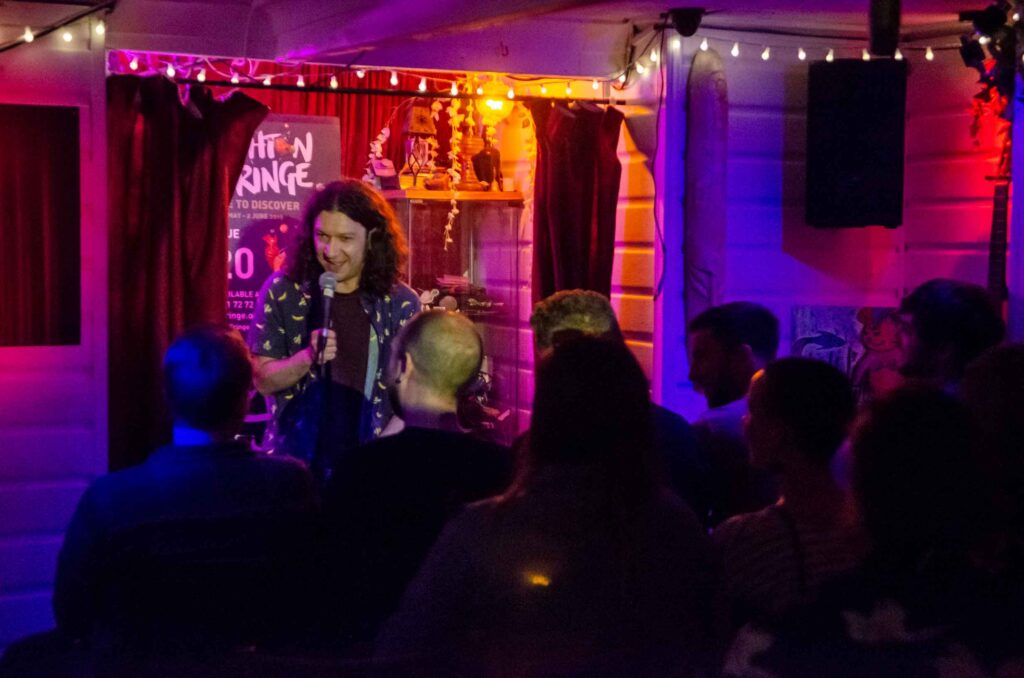 We work tirelessly to book the best and most varied stand up comedy line-ups. We have created the most intimate, atmospheric and exciting comedy club by developing and improving the space for the precise purpose of hosting stand up comedy over the last 5 years. Come and discover why we are the most loved small comedy club in Brighton by audiences and comedians alike. Voted Best Fringe Venue 2021 in the Audience Choice Awards.

We are supported by some of the U.K.’s best and most successful stand up comedians as well as the best up and coming acts. Household names regularly drop in, to soak up the atmosphere and work on new material or practice sets for T.V. , Tours, Fringe Shows or Club Sets. Alongside our dangerously inexpensive bar, all this adds up to explaining why we have the highest rated comedy club in Brighton. on Trip Advisor and on Google Reviews, please take a look at what 100’s of people who have visited the Club and have experienced shows have to say on TripAdvisor or Google. 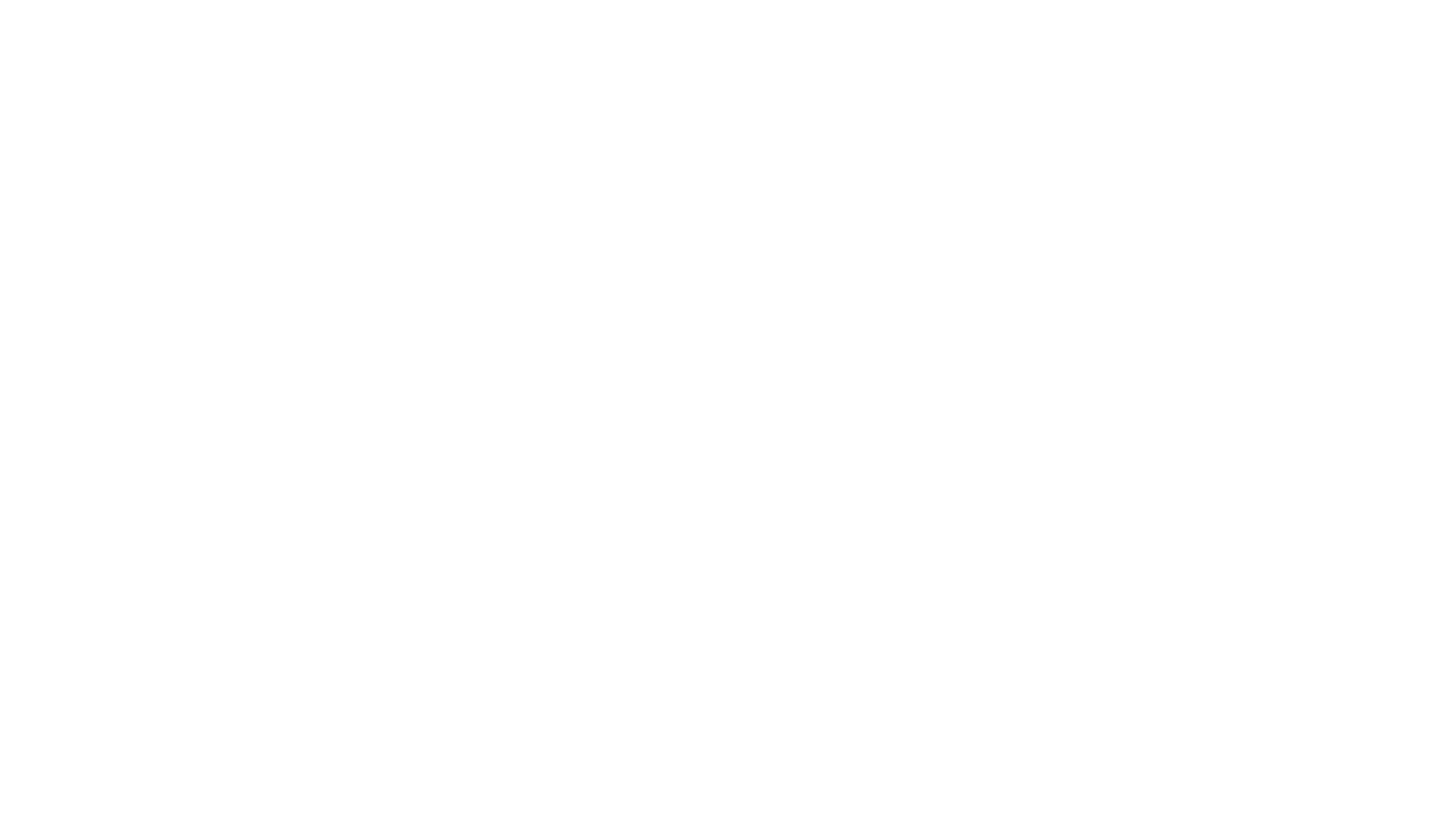 We are waiting to hear from you at Brighton’s best small comedy club.

Some of our reviews

Simply just an amazing time and amazing people 🙂 Great interactions with the audience and the host was brilliant. Super delighted and great price for the entertainment provided. Thank you so much!

Great evening! Never been to a comedy club before so wasn’t sure what to expect but Robyn was an amazing host/mc, really funny and connected with the audience so well. The other acts were also brilliant, funny and we timed also! Will definitely return in the future!

Absolutely hilarious. The venue was amazing and intimate. The host incredibly accommodating, and had a fantastic selection of drinks behind the bar. The comedy was spot on, and had us in stitches all night.

Really enjoyed our night. The venue is tiny which makes the experience more intimate, and all the comedians were genuinely funny.

Such a great night! Loved the venue and all the guys there made us feel welcome and at home. Acts were brilliant so much fun (even if we were sat at the front!!). Thanks to the host for being so fabulous, you were the highlight!! Thanks all for a fab night would definitely book again next time we’re in Brighton

Fantastic! Brilliant service and absolutely hilarious, thank you for a lovely night !

Amazing night. The compere was awesome, made everyone feel at home and got anyone involved that wanted to be. Great acts for a super reasonable price. Everyone laughed so much. Can’t wait to come back again! Definitely the highlight from our weekend in Brighton. Steve and Michelle

Such a cool little spot! The owner is really welcoming and the acts they had on were so good. It really captures what Brighton is about – it’s open minded, quirky and fun – I’ll definitely be back!